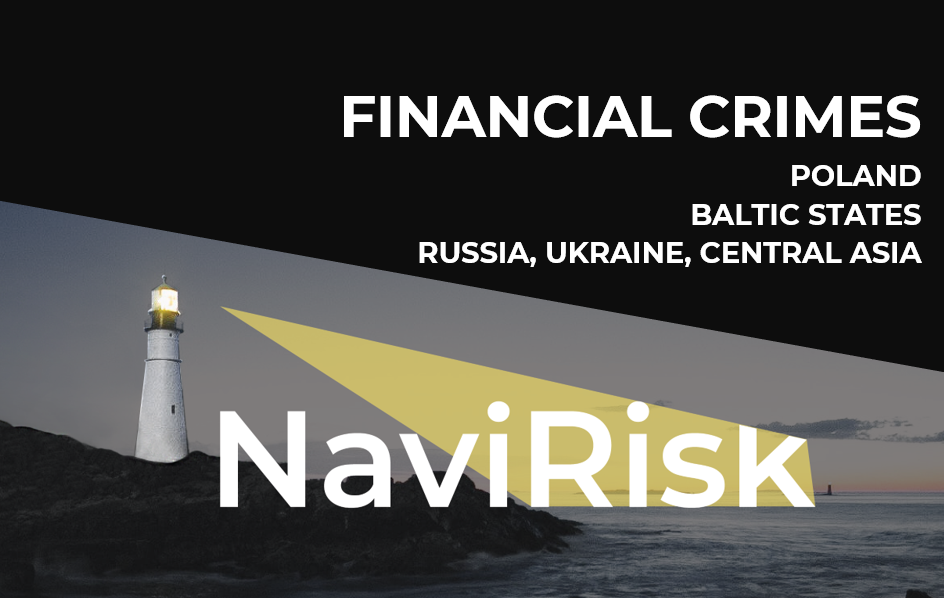 Almost every day media informs us about financial scandals or crimes committed by large corporations, banks, investors, and individuals. Our experts from NaviRisk have compiled them for you.

There are many ways to move money out of companies. Some activities have amateurish character and are easily identifiable, however, in many cases we face with operations performed by criminal networks consisting of skilled fraud professionals. Taking into consideration the fact that during the last year several new financial crimes has come to light, as well as the fact that currently we know more about the financial crime scandals that have occurred in recent years, this report is presented. Its purpose is simple: to present readers with a compilation of chosen examples of financial scandals that took part in Poland, Baltic states, and CIS countries, which were investigated by the governmental authorities in 2020 and were most often reported by media. Please note that some of them were considered as a criminal activity by official bodies, but some of them are currently being investigated.

Another report’s aim is to raise the awareness of financial crime, which is a significantly increasing type of a criminal activity all around the world. According to Forbes, the FBI’s Internet Crime Complaint Centre received almost as many fraud reports by the end of May 2020 as it had in all of 2019. This is a pure sign that financial criminals are doing well, and all the measures taken in order to prevent them from criminal activity were insufficient.

Check out the most illustrative examples of crime in 2020 – NaviRisk_FinancialCrimes_Report